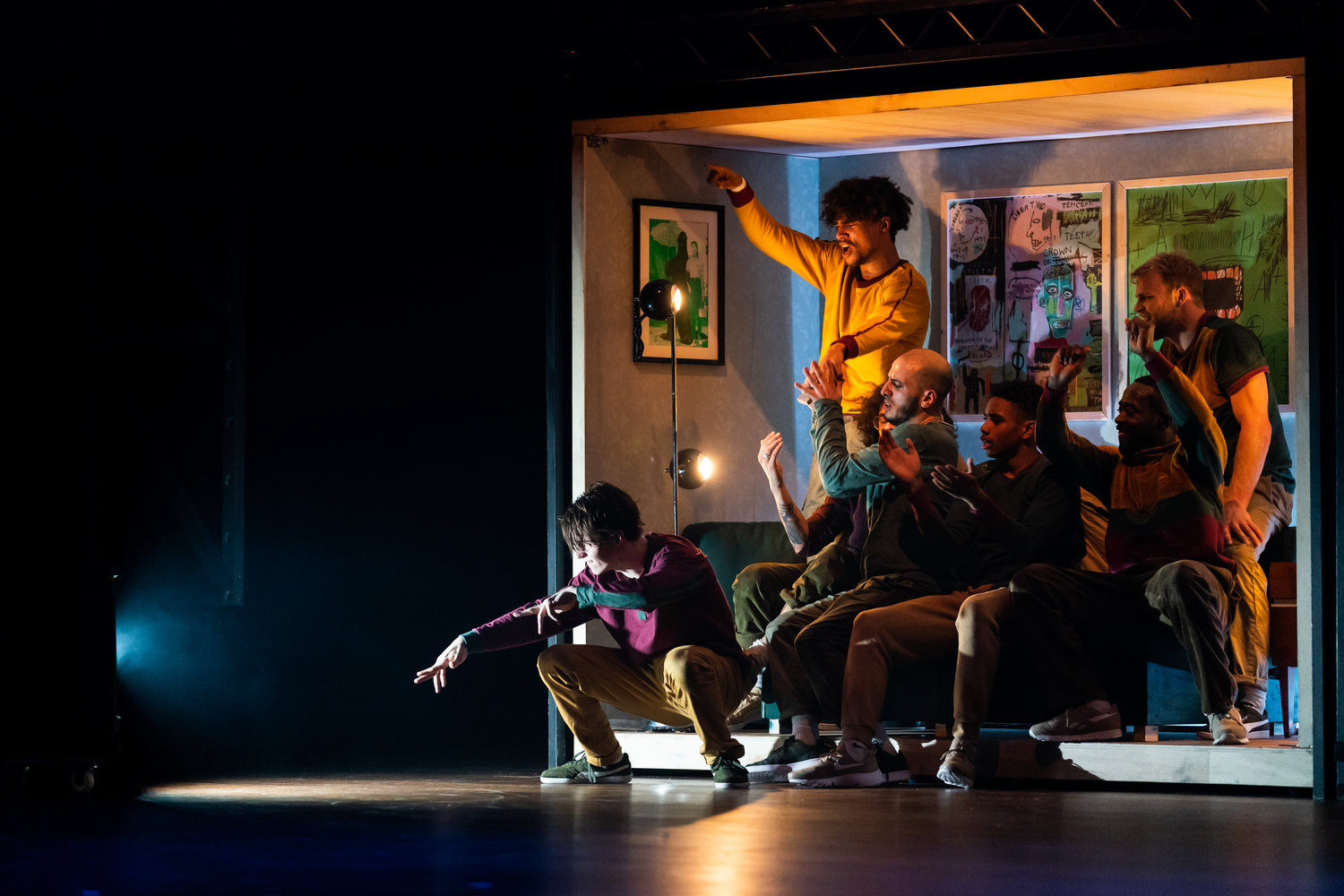 Having a unique style, each member is a recognized figure in The Bboy Scene. Winningnumerous battles around the world as solos but also as crew, the Ruggeds became WorldChampions in 2014 after winning the UK BBoy Championships

During this autumn's performances we will have seating adapted to COVID-19. We currently have an audience limit of 50 people per performance and have a placement with recommended free space per person.

‍
You have family and you have friends. But what if your friends are your family? The Ruggeds, inseparable since childhood have become their own kind of family, not held together by DNA, but by trust and shared experiences. As every family is unique, so are The Ruggeds.

In Between Us you are invited into their home to find out what makes them tick. They unravel the ties that bind them together, between each other, and between the audience. With a mix of music, acrobatics, physical theater, humor, and dance, you'll be submerged in their world of imagination. Between Us is the second theatre production of The Ruggeds.

In 2017 they toured with their first successful production Adrenaline through the Netherlands. Fragments of this production were also performed with great success in London, Paris, Beijing, New York, Toronto andmany more.

‍
Having a unique style, each member is a recognized figure in The Bboy Scene. Winning numerous battles around the world as solos but also as crew, the Ruggeds became World Champions in 2014 after winning the UK BBoy Championships.

Beside the battle stage they have worked with countless international artists such as Madonna, Rita Ora, Justin Bieber, Fedde le Grand & Martin Garrix. They are the reference of Breakdancing in the Dutch industry and have been part of many TV shows like Holland’s Got Talent, Dance Dance Dance & Everybody Dance Now. They have collaborated with brands such as Swatch, Hennessy, Nike, Footlocker & G Star Raw and events such as The Dutch Design Week, The European Olympic Games, and more. They've won the title of "Best Show" several times at BOTY Benelux and The Dance in Zurich. From performing throughout the world, they have built a strong following on social media reaching more than 182K followers. Their talent and personality brought them on the American TV Show World Of Dance Season 2.

They bring together their different experiences in performing, choreographing, organizing events, producing music and videos, acting and more, in order to create a positive synergy. Bringing Hip Hop and Breaking to its highest level of creativity to inspire the new generation, is the purpose of The Ruggeds. “ We are The Ruggeds: rough around the edges, unpolished, a honest expression of ourselves. Not a team and far more than a crew, we are family. A reflection of society where we find unity in diversity.”

‍
Co-production with Parktheater Eindhoven.
Financially supported by Fonds Podiumkunsten, Brabant C, Fonds 21 and Prins Bernhard Cultuurfonds.
Thanks to On The One.
‍